Securing the goods transfer of tomorrow with the help of quantum-computing-based route planning.

At Munich Re, Dr. Andreas Bayerstadler and his team are researching quantum technology applications for modern route planning. This way, they are helping to make Germany a pioneer in quantum technology – and to protect companies more intelligently against economic losses in the future. 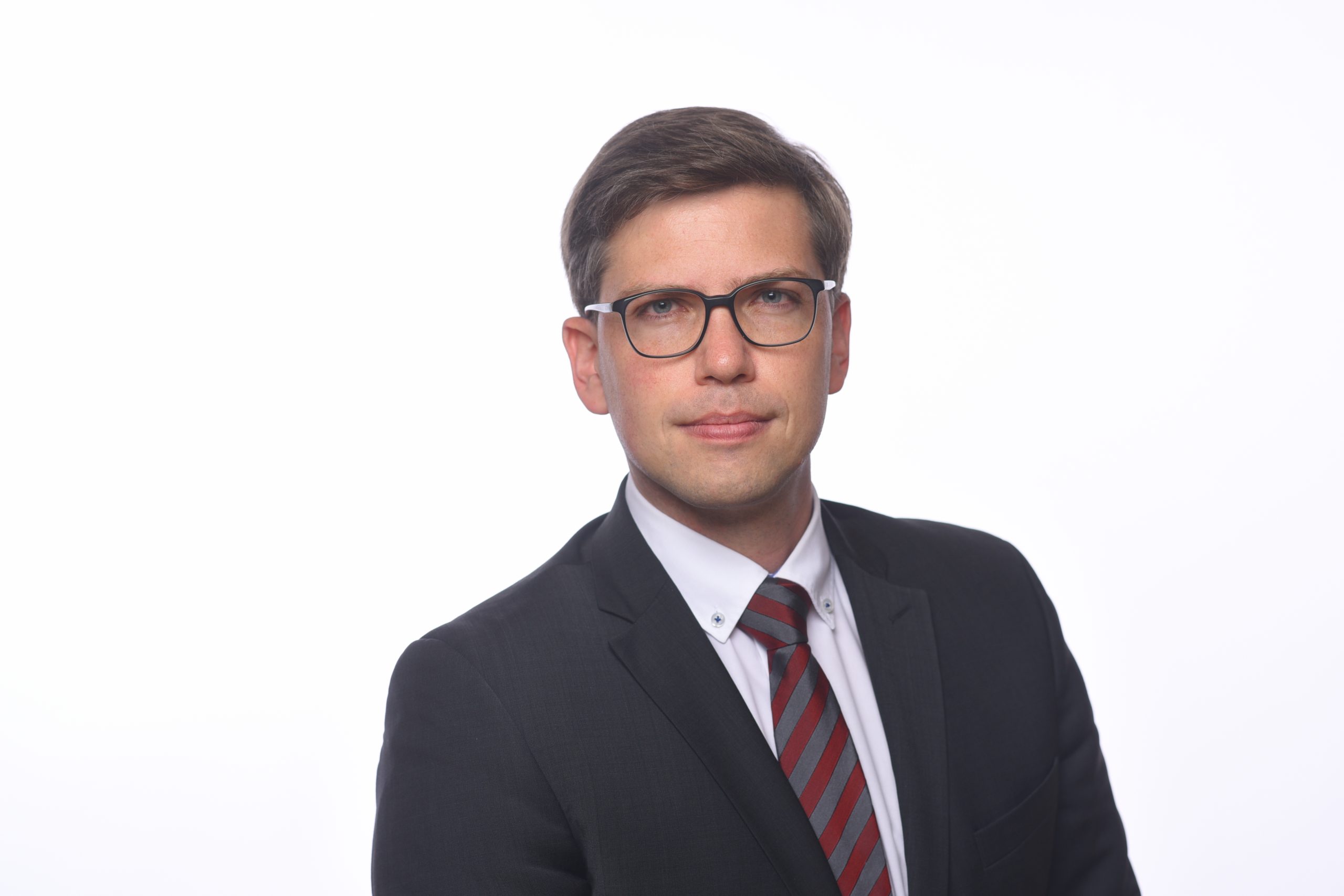 Dr. Andreas Bayerstadler, Head of Central Analytics at Munich Re. © Munich Re

A seamless international trade is a driver of our globalised economy. Especially Germany, as an export nation, depends on smooth global goods traffic. According to an estimate by the market research company Transport Intelligence, the global logistics industry has a market volume of about 5.6 trillion euros.

However, this importance also entails a great risk: If transport comes to a standstill, economic damages can be severe. The case of the “Ever Given” container ship in 2021 illustrates this fact: For six days, the freighter, with its length of 400 metres and its width of 59 metres one of the largest in the world, blocked the Suez Canal. An estimate by the shipping magazine “Lloyd’s List” gives an idea of the dimension of the resulting losses: It suggests that goods worth around 9.6 billion US dollars are transported through the canal every day.

For transport companies, route planning presents a critical competitive factor in times of disruption. Only those able to find the right route for all their goods quickly and efficiently at all times, even under changing external influences, can minimise delivery times across the board and avoid business losses.

Against this background, the topic of route planning also concerns insurance companies. “Calculating the optimal route is not a new problem.”, explains Andreas Bayerstadler of Munich Re, one of the world’s leading reinsurers based in Germany. Mathematically, he says, it is a variant of the well-known “Travelling Salesman Problem” (TSP). The combinatorial optimisation problem deals with the question of the most efficient route on a path with several possible stopovers for a traveller who has to visit each place once. Bayerstadler explains the challenge with a simple example: “Imagine a traveller who has to visit the 15 largest cities in Germany: The fastest route between the cities in this case is only one of around 43.6 billion possible paths. If a company operates worldwide and with hundreds or thousands of travelling salesmen, container ships or transport wagons, all of which are exposed to different risks, the problem quickly reaches a level of complexity that pushes classic computing systems to their limits.”

Bayerstadler’s team is interested in how quantum computers can optimise the calculation of optimal routes. “Quantum computers are virtually made for these kinds of problems.”, he explains. Unlike conventional computers, which can only calculate the length of each route sequentially, one after the other, quantum computers are able to look at all possible paths at the same time. “This can drastically reduce the computing time needed to reach a solution.” The physics behind how they work is complex, says Bayerstadler. Essential, he highlights, is the difference between classical bits and the so-called qubits, with which quantum computers work, especially the latter’s ability to entangle. As if linked by an invisible ribbon, entangled qubits are connected to each other. Each “knows” the states of the others. With the help of an appropriate algorithm, entangled qubits can be processed simultaneously. And it is precisely this parallel processing that constitutes the high potency of quantum computing: The more qubits are entangled with each other, the more states can be processed in parallel.

Long way to go with a clear destination

Since October 2020, Bayerstadler and about ten colleagues have been devoting themselves to the topic of quantum computing from the perspective of the reinsurer. The first step is to build up expertise: What knowledge does the organisation need, where does expertise, for example on programming languages have to be expanded, and how does the company need to position itself in terms of personnel? On the other hand, the team identifies possible application scenarios and develops initial quantum-based business ideas for the reinsurer. The advances in quantum computing should also be used to manage the risks of the insured companies even more intelligently in the future.

Bayerstadler sees the exchange within the Quantum Technology and Application Consortium (QUTAC) and the possible cooperation with other German firms participating in it as a great advantage for everyone: “Instead of working independently of each other, we network and thus reach our goal faster.”