With the help of quantum computing, BASF intends to accelerate the development of new catalysts within polymer research. To do so, it is relying on a hybrid approach – and collaboration with QUTAC. 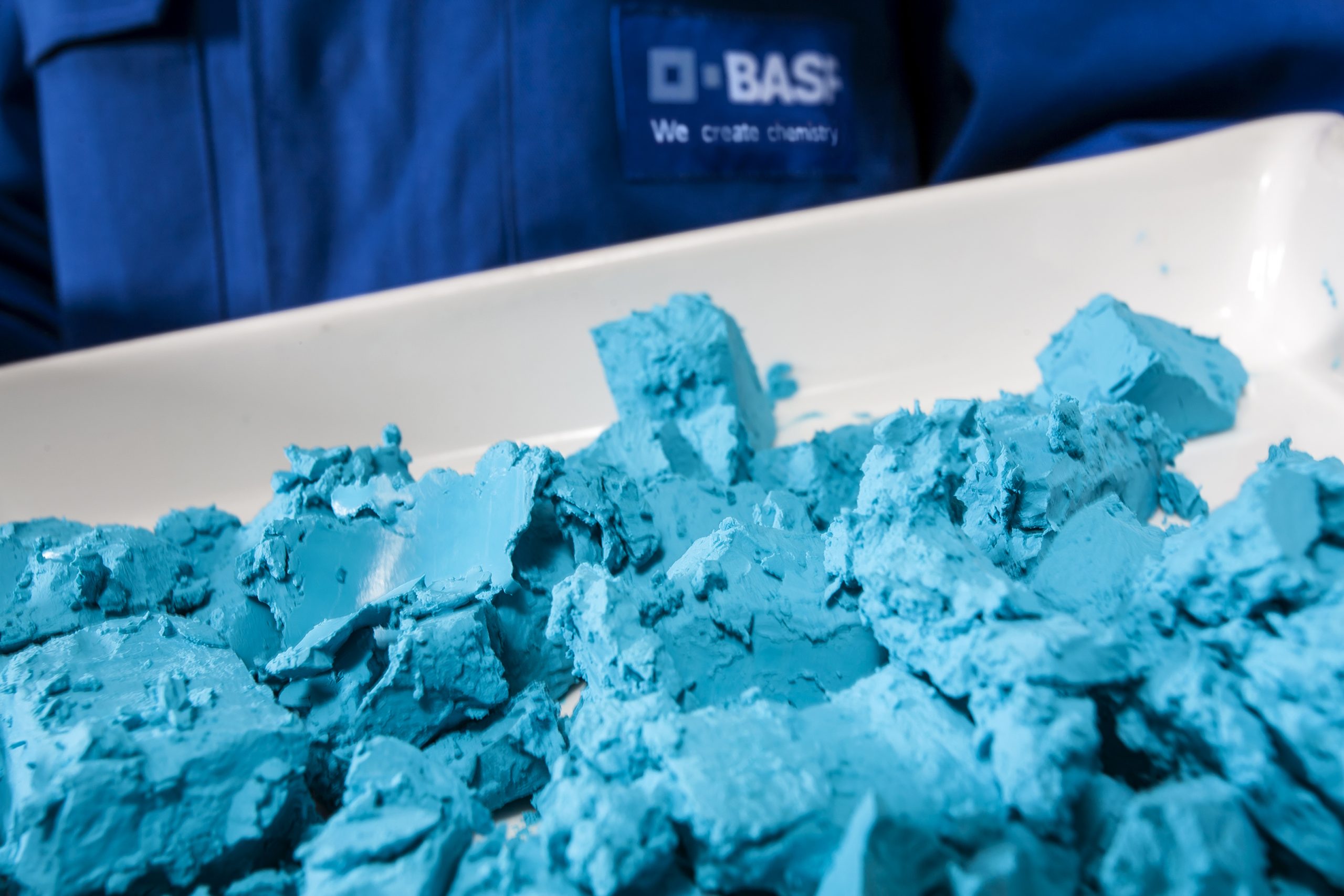 Be it car seats, shoe soles or insulation material – polymers are used in each of these items. “Nowadays, virtually everyone comes into contact with industrially manufactured polymers on a daily basis, and has items in the household that contain them,” explains Dr. Horst Weiss, head of Knowledge Innovation at BASF. He should know: Together with his team, he is working to simplify the development of the popular materials with the help of quantum computing.

But first things first: what are polymers? How are they manufactured? And: if they are already established in industry – what contribution can quantum computing make in this field at all? Horst Weiss believes: A big one.

“Polymers are chemical substances that consist of very large molecules,” explains Dr. Peter Deglmann, who heads a quantum chemistry team at BASF: “They are made up of one or more different so-called repeating units.” In chemical terms, thus, polymers are complex entities.

To make them, different substances must react chemically with each other. For example, the essential ingredients in polyurethane formulations include polyols, isocyanates, water – and catalysts. The latter are “accelerators” of chemical reactions. For Deglmann, they are their crucial element: “Without them, the other substances would react very slowly with each other, which usually leads to undesired product properties.”

In the chemical industry, the development of new catalysts is an important field. “There is enormous demand for better catalysts that accelerate specific reactions even more, or are more cost-effective,” Deglmann says. “In addition, the right catalysts help us to carry out reactions at lower temperatures and under lower pressure. That saves a lot of energy. So the topic is very relevant, especially from a sustainability perspective.” The following example gives a particularly good idea of the dimension involved, he explains: “Today, about one to two percent of the annual global energy consumption goes into the implementation of the Haber-Bosch process alone, which supplies ammonia that can be used as a starting material for industrial production of fertilizer. To this day, the Haber-Bosch process, which BASF played a major role in developing, secures the food supply for billions of people. Thus, the savings that would result from developing better catalysts in this one area would already be of global significance.”

The team at BASF is therefore looking for ways to use quantum computing to develop new catalysts in a more targeted and faster way. This is because quantum chemical calculations can be used to show the extent to which a catalyst is likely to reduce the so-called activation energy of a reaction – and thus how suitable it is for use in specific reactions. Thus, especially lengthy series of experiments could be significantly shortened.

Currently, quantum chemists are already performing such calculations. However, conventional computers have reached their limits in this field. The precision that the scientists at BASF are striving for is often only possible for very simple molecules. If they want to calculate the behavior of larger systems, calculations lose precision – or the required computing time increases immeasurably. “At the moment, for every try, we have to make a decision” Weiss says: “Do we want accuracy or efficiency?” With the help of powerful quantum computers, the required computing time could be significantly reduced without having to compromise on precision or molecular size.

Weiss makes a point of contrasting the occasionally unreasonable hype about quantum computing with a realistic time horizon. It will take some time until the technology is ready, he says: “So far, quantum computers have only fairly limited capabilities.” That is why, for now, he and his team are focusing on developing a hybrid approach.

The basic idea is simple: “The quantum computer solves the most complicated and computationally intensive subtasks. Everything else is done by a classical computer.” But how exactly does this division of tasks work when it comes to simulating chemical reactions? “You usually start on the classical computer,” says Dr. Michael Kühn, quantum chemist at BASF: “It performs an initial, rough estimate of the energy of the molecule.” This estimate is usually insufficient for practical purposes, but a good starting point for a quantum computer. Building on this approximate solution, it determines a more accurate result which it returns to the classical computer. The latter analyzes it and passes new instructions to the quantum computer, and so on. After several runs, the most accurate result possible within this approach is obtained.

For Kühn, the interesting question is how many qubits will be required as a minimum and of what quality they must be in order to obtain useful results for practical chemical applications. “Useful” to him means: At least as accurate as it is currently possible with the help of classical computers. BASF estimates that it will likely need quantum computers with about 100 high-quality, i.e. extremely low-error, qubits to simulate even small molecules, such as water. As the size of the molecules increases, so does the demand on the quantum computer, Kühn says. “If you compare these roughly estimated requirements with what is currently possible with quantum computing hardware, there is still a significant gap between the two, especially in terms of the quality of the qubits,” he explains.

Nevertheless, he is confident: “There is room for improvement that could drastically reduce this hurdle and lead to a real quantum advantage.” For him, this includes increasingly efficient algorithms. Hardware development is also advancing rapidly, he says, and manufacturers’ plans are ambitious. And BASF is also working to advance the new technology by designing tangible use cases.

That is why Horst Weiss attaches particular importance to cooperation within QUTAC: “Our focus is on the application level, as well as on similar problems. We get many important impulses from the consortium and can ourselves provide support. This is essential for our work. QUTAC’s goal is to raise quantum computing to the level of large-scale industrial application. In this way, we prepare our companies for a new digital future and jointly strengthen Germany’s digital sovereignty. To this end, we want to identify funding needs and make applications competitive.”

As a founding member of QUTAC, BASF is therefore intensively involved in the consortium’s “Material Science” and “Production and Logistics” working groups. In addition, Dr. Martin Brudermüller, CEO of BASF’s Board of Executive Directors, is also a member of QUTAC’s Executive Committee. The committee is responsible for managing the consortium and aims to unite the interests of industry, science and politics. For Weiss, QUTAC thus combines the best sides of both, research and business: “Our mentality is scientific-collaborative. Our aspirations entrepreneurial.”